Posted in Celebrities By Emerie
3

The Onwer of Cubana Group, Obi Cubana has rewarded one of his protégés Cubana Whitelion real names Jason Ambrose with a brand new Range Rover for his hardwork.Obi Cubana commended Whitelion for his hardwork with hearty congratulations, and said the Range Rover is only the beginning.Whitelion appreciated Obi with loud shouts of "My father, My father" and thanking Obi Cubana fir his generosity.Cubana Whitelion often shares how Obi Cubana brought him out of poverty in Aba, Abia state and changed his life. He says he is eternally grateful to the head of the Cubana group for his training and kind heart. 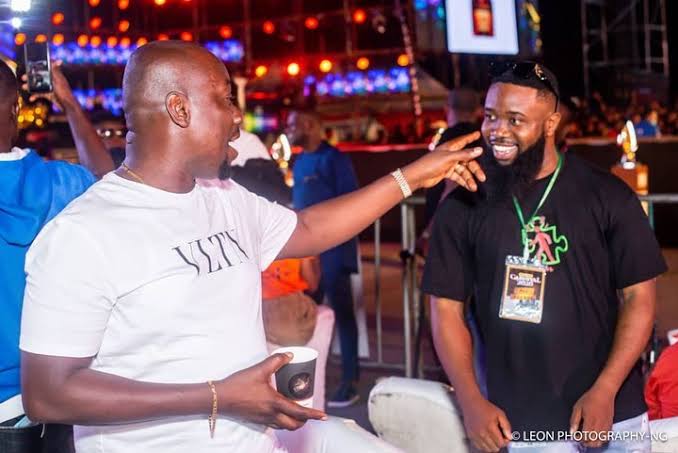