Posted in Crime By unaija
1

How Chewing Gums Can Land you in Trouble, by Charles Awuzie

If you are a VIP or a Person of Interest, beware of the security risks chewing gums exposes you to.q

This may blow your mind but after this post, you will never look at chewing gums the same way you did.

Every VIP and POI on this platform should thank me for this information. Always dispose of your used chewing gums in a toilet - not even in a dustbin.

1. In my training, I have the skill to extract fingerprints from chewing gums disposed of carelessly. But a criminal who has the same level of skill can do the same and use the extracted fingerprints to gain unauthorized access to private information, homes, etc. The mistake people make is to use the tip of their fingers to pull out used gums before casually throwing them into a waste basket. If you are a target and you do this in public, all that the hacker, detective, or private investigator needs to do is to grab the discarded chewing gum, and boom, they have your fingerprint.

2. Your DNA can be retrieved from a used chewing gum even after 1000 years.

Discarded Chewing gums have helped American police to link rape and murder suspects to the crime. DNA can be extracted from discarded gums even many years after they were discarded.

You can google how many people the police have put behind bars simply because their discarded chewing gums were found at crime scenes.

3. Bite-Marks or incisions on your discarded chewing gum found at a crime scene can be used to jail you.

When you bite, your dentition leaves unique marks on the object. This is called Bite-Marks.

You can google " How Roy Brown was wrongfully jailed from Bite Marks".

A dentist linked the dentition of Roy Brown to a murder case where the victim was first bitten. Unfortunately, that wasn't accurate but Roy spent 15 years in jail for a crime he didn't commit. A DNA test of the site that was bitten revealed who the true killer was but unfortunately, Roy has already spent over 15 years in jail.

If you are a person of interest, BEWARE OF casually discarding chewing gums. 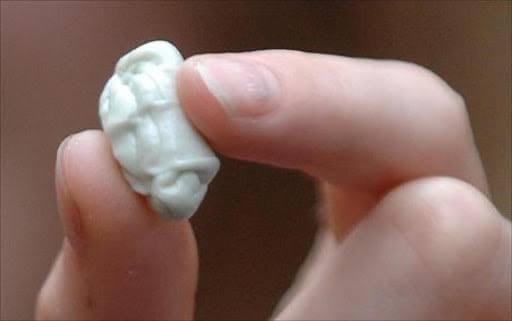